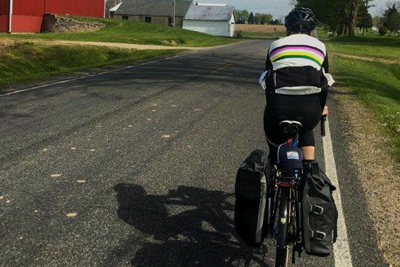 Last year saw changes in Michigan bicycle laws, with several amendments and new laws coming into effect in 2018. After rallying and requesting a bicycle passing law in Michigan for years, it finally happened! While a 3-foot distance is still not enough when passing a bicyclist, it’s a step in the right direction.

Last year, Michigan Legislature finally adopted a safe passing law, instructing motorists how to safely overtake a bike, and is one of the last states to do so. While other states refer to these statutes as “safe passing laws,” it isn’t clear yet if Michigan’s will, in fact, make the roads safer for our cyclists. For that reason, bicycle attorney and cyclist advocate, Bryan Waldman, believes it’s better to refer to this new piece of legislation as a “bicycle passing law” rather than a “safe passing law.”

In response to a dramatic increase in collisions between motor vehicles and bicycles, resulting in numerous deaths and injuries, most states began adopting safe passing laws. Despite one of the highest fatality rates in the country, Michigan Legislature repeatedly failed to adopt a safe passing law. As a result, in 2015, Grand Rapids adopted its bicycle passing law, which requires motorists to pass with a distance of at least 5 feet. Within a year, additional cities, including Kalamazoo and Ann Arbor, adopted 5-foot passing ordinances as well.

During the 2015-2016 Legislative session, the League of Michigan Bicyclists (LMB) proposed legislation virtually identical to what these Michigan cities had already adopted. And, given the national attention brought to Michigan bicycles laws and a lack of safety, following a motor vehicle/bicycle collision in Kalamazoo, there was reason to believe Michigan lawmakers were finally ready to get serious about making roads safer for bicycles. A bill synonymous with LMB’s was introduced in the State Senate, unanimously passed in committee, and overwhelmingly passed in the full Michigan Senate. However, there was no interest from the Michigan House leadership to advance the legislation. Ultimately, it died at the end of the 2015-2016 Legislative session. 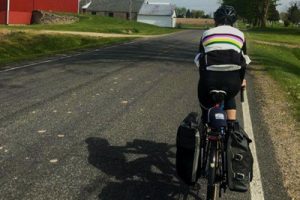 Knowing the Senate already supported a strong bicycle passing law, LMB and other bicyclist advocacy groups set out to get a bill approved by the State House during the 2017-2018 session. It seemed likely a 5-foot bill would pass in the full Michigan House, considering views expressed by many individual State Representatives.

However, after Representative Holly Hughes introduced a 5-foot passing bill, it was referred to the House Transportation Committee. At committee hearings, State lawmakers commiserated over the inconvenience of sharing rural roads with bicycles. It felt like being back to square one for those who testified in favor of the bike passing law. Ultimately, the Chair of the Transportation Committee decided to create a “task force” of committee members to re-examine the issue. These committee members seemed largely uninterested in the issue. Some members couldn’t understand why the law was necessary and made numerous nonsensical suggestions. One such suggestion was a passing distance of 3 feet unless the bike was using a bicycle lane. In this instance, no minimum passing distance would be required.

Take It Or Leave It Proposal

This baffled cyclists. Under what conditions is it ever impracticable to pass a bicycle at a distance of fewer than 3 feet? They resented that a small group of committee members could prevent a well-written and well-reasoned law from getting a vote in the full House, despite Senate approval. However, despite defying common-sense, the committee held the power to make these decisions. For this reason, LMB and other cycling organizations decided it was better to have this bicycle passing law than no bicycle passing law. The law also allows motorists to cross double yellow lines to pass bicycles when it is safe to do so. The Governor signed the above law, which came into effect September 27, 2018.

It’s understandable that some cyclists think this language is better than the new bicycle-specific passing law. However, this argument fails to recognize that a bicycle does not meet the definition of “vehicle” in Michigan. While most other states consider a bicycle a vehicle, Michigan doesn’t. In Michigan, a device “exclusively moved by human power” is not a vehicle, according to law.
Accordingly, bikes don’t qualify under the old law.

There also remains concern and questions about whether local ordinances requiring a distance of 5 feet when passing a bicycle are enforceable, given the new statewide law. However, a position paper jointly authored by LMB and Bike Law Michigan explains why local 5-foot passing laws should still be enforceable. Opinions issued by local municipal/city attorneys have reached the same conclusion.

In short, yes, it’s discouraging the 5-foot passing bill didn’t pass. But, at Bike Law Michigan, we believe 3-feet is at least better than zero-feet. We will continue to press this issue with lawmakers.