I’ve been in a bicycle accident. Do I have a case?

To determine if you have a case, please don’t hesitate to contact us for a free initial consultation. Often times, the determination as to whether there is a potential case can be made with an initial phone conference, sometimes a face-to-face meeting is required, and in some cases, a two to three month investigation or accident reconstruction may be required.

What is my case worth?

How should I deal with the motorist’s insurance company if I’ve been
hit by a car while riding my bicycle?

When dealing with the motorist’s insurance company it is important to remember three things:

How long should I wait before calling an attorney?

There is no reason to wait before calling an attorney. If you call our office, the consultation is free. If it is too early to tell if a claim is warranted, we will advise you of that fact, explain what to look for, and likely instruct you to call back after a period of time. By making the call, there is no obligation to take any type of legal action. It is simply a way to have your questions answered and to be advised of your rights.

How often do bicycle accidents occur?

What are the common causes of bicycle-automobile collisions?

Another common cause of crashes in cities comes from motorists opening the doors of parked cars into the bicycle lane when a cyclist is approaching, causing the cyclist to crash into the door, or swerve to avoid the door and enter the path of passing motorists. Accordingly, when cycling in areas with parked cars, cyclist should be aware of whether motorist are in parked vehicles (and potentially preparing to exit the vehicle), and travel on the interior side of the bike lane.

Do I still have a claim even if I violated the law or received a ticket
while I was riding my bicycle?

While a violation of a law is a factor in analyzing your potential case, the fact you violated the law or received a ticket does not necessarily bar your claim. Most states have a legal doctrine known as “comparative negligence” which simply means that all parties are assessed liability for injuries based upon their respective percentage of fault. For example, if a cyclist is riding on the wrong side of the road, this will likely create some fault on the part of the cyclist. However, it does not excuse the motorist from liability if he/she was driving recklessly causing a collision with the cyclist. 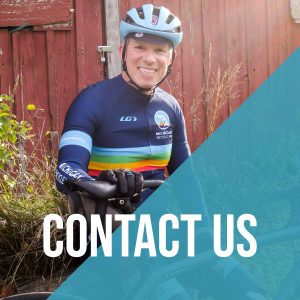