Bicycle lawyers are frequently asked for advice about the bicycle insurance coverages cyclists should consider. The answer to this question is complicated and usually requires an analysis of a cyclist’s unique circumstances and existing insurance policies. However, virtually all bicycle attorneys recommend that all cyclists purchase“uninsured motorist insurance” and “underinsured motorist insurance.” The importance of these two related types of insurance coverage was demonstrated in a case in which a judge in a rural Michigan county recently approved a $1,000,000 settlement for the family of one of our clients who was killed in a bicycle/automobile collision. 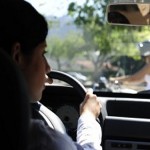 Underinsured motorist coverage is similar to uninsured motorist coverage. With this type of coverage, the injured person can bring a claim against his or her insurer for any damages not covered in a claim against an at-fault party who does not have adequate insurance to cover the damages. The case referenced above is a perfect example of how this coverage works and why it is critical for bicyclists to include this coverage on their automobile insurance policy. If a cyclist doesn’t own or drive an automobile, these insurance coverages may be available by purchasing a specific bicycle insurance policy.

In this case, our client was out for a ride as part of his training for an organized multi-day bicycle tour. He was riding alone and was traveling on a wide shoulder of a two-lane highway. Witnesses confirmed he was far from the lane of travel, but as one car passed it swerved onto the shoulder and struck our client at a speed of approximately 55mph. The injuries our client sustained from the trauma were significant and ultimately caused his death.

A monetary settlement can never come close to fully compensating a family for the loss of a loved one. However, it can make a significant difference in the family’s financial security. If our client had not purchased underinsured motorist coverage, the claim for his estate and family would have been limited to $50,000 from the insurance company and the possibility of trying to collect additional funds from a driver, who for all practical purposes,  was uncollectable. It cost our client only $40.22 per year for both his uninsured and underinsured motorist coverage. Even though these coverages are important and inexpensive, some insurance companies fail to offer them, and many consumers don’t know enough to look for a policy that includes them. We strongly recommend that all consumers, and particularly cyclists, purchase uninsured and underinsured motorist insurance coverage in the maximum amount they can afford.

The Sinas Dramis Law Firm publishes a booklet entitled “A Legal Handbook for Michigan Cyclists” written by one of the firm’s partners, Bryan Waldman. The booklet summarizes and explains laws that commonly apply to cyclists. Copies of the booklet can be requested by calling 517-394-7500. Pocket size versions, which contain an abbreviated format of the publication and fit in a bicycle seat bag or pocket are also available.