Bad Roads! How You Can Help Make Michigan Roads Smoother and Safer for Cyclists 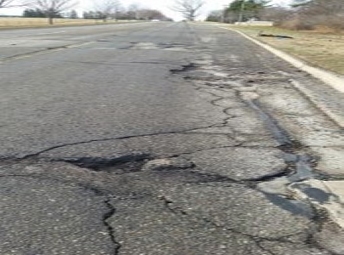 Reporting potholes and other defects will make roads safer for bicyclists. Here’s what you can do.

Spring is here and soon there will be a rush of outdoor activity, including waves of people riding bicycles. However, spring in Michigan has unfortunately also become pothole season. Each year 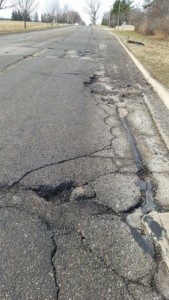 the problem gets worse and it becomes more difficult for cyclists to safely ride roads they previously enjoyed. There are a few Michigan laws that people who ride bikes should keep in mind as they try to take advantage of the warmer weather and navigate the deteriorating roads. These laws can be utilized to make your ride safer, help improve road conditions and, ultimately, help make Michigan roads better and safer for all bicyclists.

Most cyclists know Michigan law requires them to ride reasonably close to the right edge of the road. However, this law contains many exceptions which allow people riding bikes to move further away from the curb. The first and most common exception allows cyclists to move away from the edge of the road to avoid “surface hazards” such as ruts in the pavement or potholes. The law is not clear how far in advance of encountering a road defect the bicycle is allowed to move left toward the center of the lane, but our law firm has successfully argued that this provision in the law allows cyclists to move to the left well in advance of poor road conditions so as to avoid being “pinched” or forced into a hazardous condition by an automobile.

The law is somewhat inconsistent in that it requires the roadways to be safe and fit for all “public travel,” which includes pedestrians and bicycles, but only requires the governmental agency to maintain those portions of the road designed for vehicular travel. So, if a cyclist is injured due to an unreasonably dangerous condition on a bike lane, the government agency will likely not be found liable to the cyclist because the bike lane is not intended for vehicular travel (bikes do not meet the definition of a “vehicle” in Michigan) but if the injury occurs to the left of the bike lane and/or in the roadway, the government agency can be found liable.

It has been our experience that government agencies are responsive to complaints from citizens about poorly maintained roads. A complaint is more likely to result in action if it is in writing and: (1) provides a description (better yet, a photo) of the hazardous condition, (2) the exact location of the hazard or defect, and (3) makes it clear that the roadway is not safe and convenient for public travel and creates an unreasonably dangerous condition. A sample letter is quoted below:

Enclosed are numerous photographs which demonstrate the condition of _______ Road, approximately _(distance)_ of a mile _(direction)__ of ________ Street, which I understand to be under the jurisdiction of the Road Commission of __________ County.

Each governmental agency having jurisdiction over a highway shall maintain the highway in reasonable repair so that it is reasonably safe and convenient for public travel. A person who sustains bodily injury or damage to his or her property by reason of failure of a governmental agency to keep a highway under its jurisdiction in reasonable repair and in a condition reasonably safe and fit for travel may recover the damages suffered by him or her from the government agency . . .

In its current condition, _______ Road is neither safe nor convenient for public travel. This is particularly true for cyclists who are required to ride as near to the right side of the roadway as practicable.

__________ Road is frequently used by cyclists, and I have ridden the road numerous times this year. Since at least _________, the road has been unsafe due to numerous potholes and numerous areas where the edge of the road has deteriorated from the shoulder toward the center of the roadway.

I am simply writing as a concerned citizen and am requesting that the Road Commission of ___________ County fulfill its statutory obligation to maintain _________ Road in a reasonably safe condition.

Please call me if you have any questions, concerns, or would like to discuss this matter in greater detail. 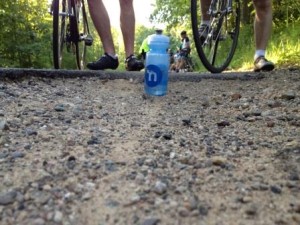 If a dangerous condition of a roadway actually results in an injury, there are extremely short deadlines to notify of the responsible government agency of the incident and strict requirements for what must be included in the notice letter in order to preserve the right to bring a claim for damages. Accordingly, if an injury occurs due to a poorly maintained road, it is strongly recommended that a cyclist contact an experienced attorney as quickly as possible.

Most cyclists are happy and content people. They just want to ride their bikes and don’t want it to appear they are complaining. However, by reporting dangerous roadway conditions, cyclists make Michigan’s roads safer for everyone who rides a bike. So, don’t hesitate to let the responsible agency know if there is a truly unsafe condition and, don’t forget to follow-up with a thank you note if the agency responds and fixes the road!