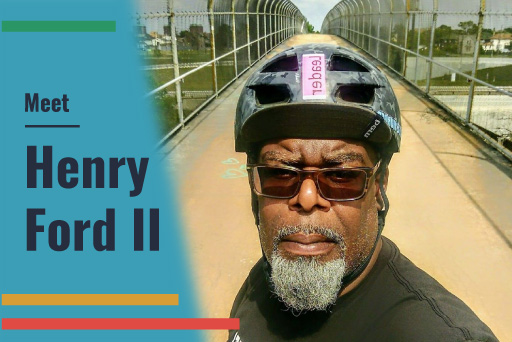 What does Henry Ford II do for the Michigan bicycle community? The better question is what doesn’t Henry do? It is hard to imagine a person who spends more of their time contributing to Michigan’s bicycle scene in a more positive way than Henry. 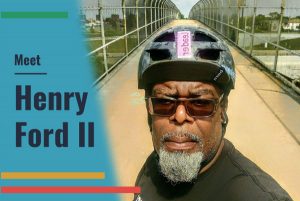 Henry in a nutshell;

Henry’s full-time job is also important to Michigan’s bike culture. Henry works at Detroit Bikes, the largest bicycle frame manufacturer in the United States. He began working at Detroit Bikes in 2014, which means he was there when they were fabricating their first prototype and when the first bicycle came off the Detroit Bike’s assembly line. For more about what motivated Henry to ride bikes as an adult and his work at Detroit Bikes, watch this awesome video. It is worth it just to hear Henry’s deep, smooth voice narrate the video!

Thank you, Henry Ford II, for all you do for the Detroit and Michigan bicycle communities!