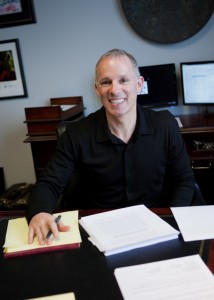 Bryan Waldman was recently successful in obtaining a settlement for a cyclist who was knocked off of her bicycle by an SUV and sustained a mild traumatic brain injury.

Our client was traveling on a rural highway, moving with traffic, on the right-hand edge of the roadway, just as Michigan law requires.  An SUV traveling in the same direction came so close to her that the SUV’s side mirror struck our client’s left arm and threw her from her bicycle, causing her to strike her head and lose consciousness.  Fortunately, the collision was witnessed by the driver of the automobile traveling behind the SUV, who happened to be a recreational bicyclist.  The witness confronted the driver of the SUV, who told the witness, “She shouldn’t have been riding a bike in the road.”  When the witness told the driver of the SUV that bicycles have a right to use Michigan roads, the SUV driver claimed that the law requires bicycles to “ride against traffic.”  Again, the witness was quick to come to the defense of our client and pointed out that the driver of the SUV was flat-out wrong and the law actually required cyclists to travel with traffic.  Further, he pointed out that our client, the bicyclist, had done nothing wrong and the driver of the SUV was entirely at fault for the collision.

While the facts of the accident confirmed that the motorist was at fault for the crash, there was an important additional fact that potentially contributed to our client’s injury.  Unfortunately, she was not wearing a bicycle helmet.  Even though Michigan law does not require cyclists to wear a helmet, the failure to wear a helmet can be considered as “comparative negligence.”  Comparative negligence is a legal concept allowing responsibility for an injury to be allocated between the parties.

Unfortunately, this is just one more case where a motorist was ignorant of Michigan law and did not give a bicyclist adequate room or a safe distance when passing.  In our opinion, this case is just one of many that underscores the importance of Michigan adopting a safe passing law.